“The Castle 2.0,” a branch of the North Jersey Federal Credit Union, to officially open to better prepare students for the financial services industry

***Photos attached: See end of the release for captions.***

The Castle 2.0 is an update of the banking branch that originally opened in January 2011. (The name is in reference to Kennedy High School’s mascot, the Knights.) Banking has become increasingly more electronic since then, which is why school officials worked to update the bank to better serve its customers and better prepare students for the financial services industry.

“Now the students who work at the Castle 2.0 will continue to get practical experience in opening savings and checking accounts for other students, but they will also be learning about financial services such as home mortgages, auto loans, and retirement planning accounts such as IRAs,” said Superintendent of Schools Eileen Shafer. “Many of the reasons people used to walk into the branch of a bank have been nearly eliminated. With this reboot, The Castle 2.0 will continue to be a place where students will learn about the financial services industry with practical experience that will help them enter the workforce after they graduate.”

The Castle 2.0 has been made possible through a partnership with the Totowa-based North Jersey Federal Credit Union. The credit union’s CEO, Lourdes Cortez, just happens to be an alumna of Kennedy High School.

“The one thing I wish I had back then was a financial literacy program. It gives me great pleasure to see how the branch has been renovated,” Cortez said. “This year’s Castle students are a very enthusiastic group who have quickly become accustomed to our credit union’s all-new core system. They are now able to make funds more available. Most importantly, they serve as financially literate role models to their fellow students.”

Another Kennedy High School alumna Janelis De Jesus worked at The Castle before she graduated in 2016. She now works at the North Jersey Federal Credit Union and participated in today’s press event.

Shafer thanked Cortez for her continuing partnership with Kennedy High School, as well as Kennedy Principal of Instruction Jorge Osoria who worked to update The Castle’s functions and curriculum.

Shafer also thanked Pamela Powell, currently a principal at Public School No. 7, who spearheaded the original effort to establish the Castle when she was an administrator at Kennedy High School.

Among the new features customers can enjoy is a brand new ATM machine at the bank. Also, the North Jersey Federal Credit Union has committed to rewarding student customers for good grades – along the lines of a $5 deposit for every “A” on a student’s report card. 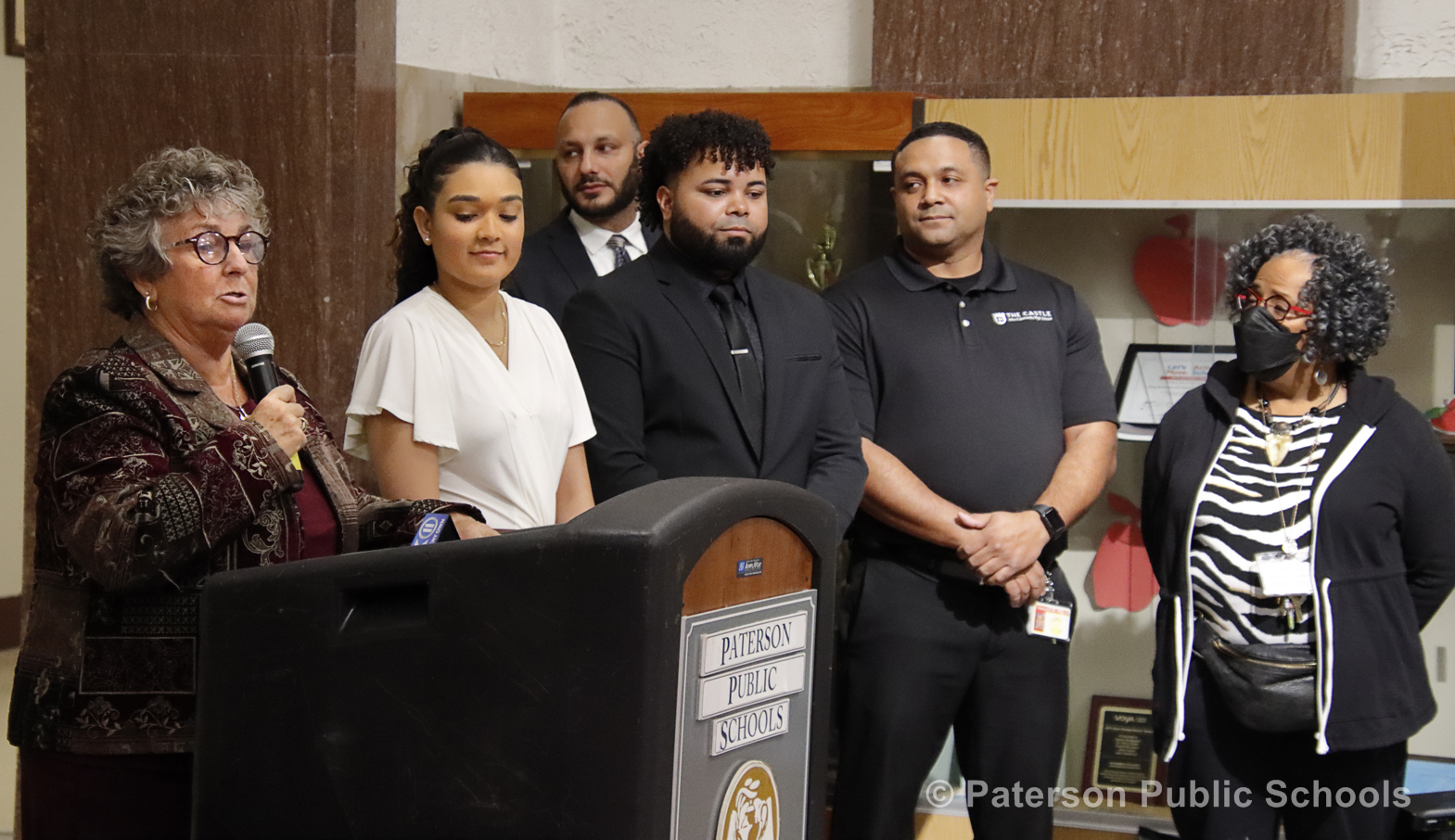 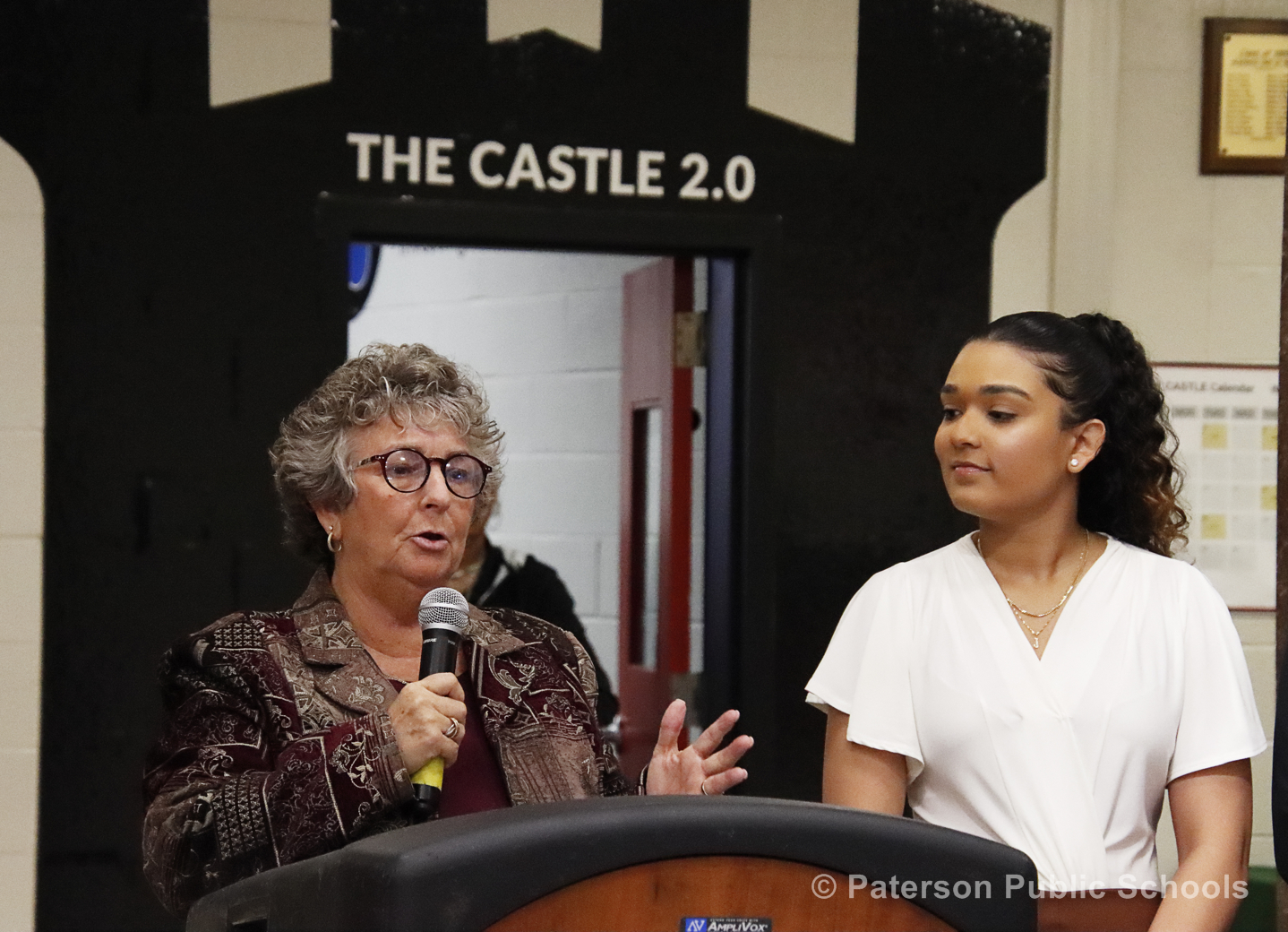 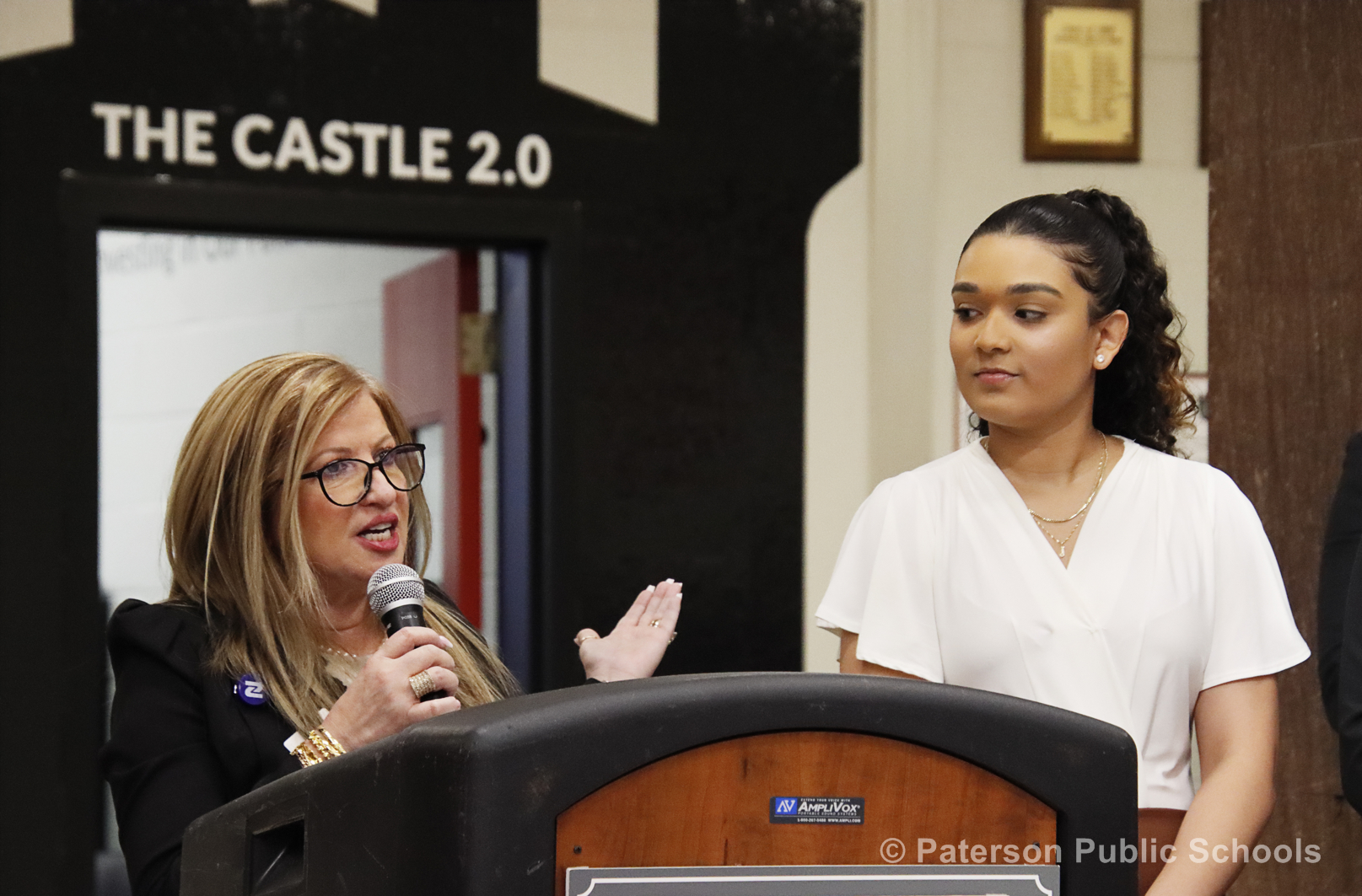 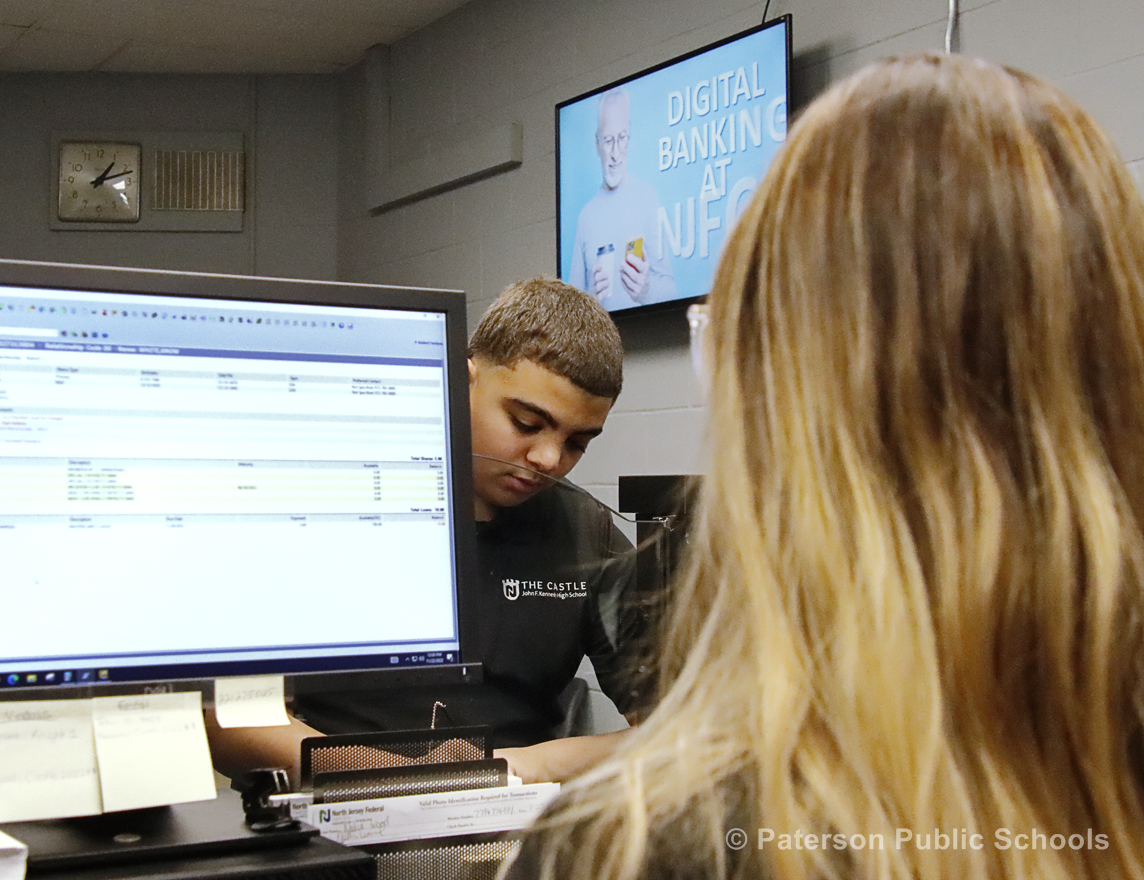 Photo 4: Students banking at The Castle 2.0.